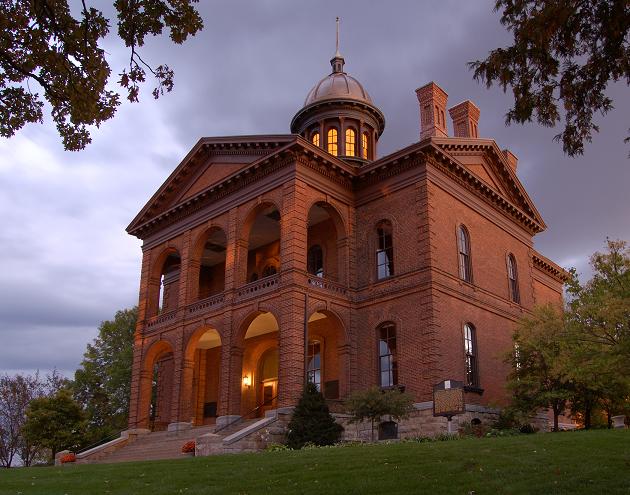 The stages and the time limitations differ for misdemeanor prosecutions and for felony prosecutions. Let me give you an outline of each, giving you and idea of what to expect from the process.

Misdemeanor Cases. If you are in custody, you have a right to be brought before a judge for an arraignment within 48 hours of your arrest. At the arraignment, you are formally advised of the charge(s) against you and you have the opportunity to enter a plea to the charges.

More often in misdemeanor cases, the arrestee will have been released on a citation (A Promise To Appear in Court). The appearance date (the arraignment date) for most citations is about four or five weeks after the person is released.

At the arraignment, the accused can either plead guilty or not guilty. Those are the only choices. No matter what is ultimately going to happen in the case, it is almost always to the accused’s advantage to plead not guilty at the arraignment stage. That gives the person and his lawyer the chance to sit down and carefully go through the police report. That way we can determine exactly what we are up against and we can make informed decisions based on the evidence that the prosecution has.

Witnesses will need to be interviewed, crime scenes will need to be visited, and basic defense investigations will need to be conducted before the lawyer and his client can intelligently analyze the case and decide what defenses are available to us. That takes time and that is why a not guilty plea at the arraignment is almost always the smartest path to take.

Also, even if the accused is ultimately going to be admitting to the charges, the defense will need time to put together a package in mitigation for sentencing. Letters of recommendation must be obtained, school, medical or other records that are pertinent to the case must be put together to cast the accused in the best light.

Felony Cases. The time limitations for felony cases are more complicated. Again, the defendant has the right to be taken in front of a judge to be arraigned within 48 hours of his arrest, unless he has bailed out and given a later arraignment date (usually four or five weeks after he is released on bail).

After he has been arraigned in a felony case, the defendant has a right to a preliminary hearing within 10 court days of the arraignment. Time is often waived in this instance to allow the defense an adequate opportunity to review all of the police reports, to interview witnesses, and to otherwise prepare for the preliminary hearing (the “prelim”).

At a preliminary hearing, the prosecution must put on their witnesses and present their case. The prosecution at the prelim need not show guilt beyond a reasonable doubt (the standard they must meet at trial), but instead they need only put on enough evidence to convince the judge (who is called a “magistrate” at the preliminary hearing) that there is probable cause (a reasonable belief) to believe that 1) a crime was committed, and that 2) the defendant is guilty of committing that crime.

That’s a pretty low standard of proof and in most cases the prosecution is able to meet that low standard. It doesn’t mean that the defendant is guilty, it only means that the magistrate believes that there is enough evidence to hold him for trial to let a jury decide. (Don’t ever, ever forget that in a criminal case the jury is the accused’s best friend—Not only his best friend, but many times, other than his lawyer, his only friend in the courtroom.

At the prelim, after the evidence is heard and the closing arguments are made, the magistrate can do one of two things (one of three things in certain cases).

First, the magistrate can say that there is simply not enough evidence to proceed and he can dismiss the case. That happens, but it doesn’t happen often enough.

What happens in probably most cases is that the magistrate either says, “Yes, there is enough evidence to hold a trial” or sometimes the magistrate just says, “Look, I don’t know, I wasn’t there, but I’m going to hold the defendant for trial and let the jury sort it out. There’s enough, maybe just slightly enough, but enough.” Many a times I’ve had the magistrate actually warn the DA that the evidence is weak and there may not be enough for a conviction, but there is enough to let a jury decide. A smart prosecutor interprets this to mean that he should settle the case favorably to the defense.

If the defendant is held for trial (“Held to Answer”), he will be arraigned on a new accusatory pleading (called an “Information”) two weeks from the date the preliminary hearing concludes. At this second arraignment, he is again formally advised of the charges and then given an opportunity to enter a plea. Again, at this stage it is almost always best for the accused to enter a not guilty plea, regardless of what he and his lawyer expect will ultimately be the outcome of the case.

At this stage, the defense lawyer is going to want to bring on for hearing any pre-trial motions that he contemplates. There are a number of motions that can be made. The most common are a “995 motion” (used to challenge the magistrate’s ruling that there was probable cause to hold the defendant to answer) and/or a “motion to suppress evidence” (wherein the defense challenges the admissibility of any evidence that is being used against the defendant, where the evidence was seized in an unlawful search and seizure). Other common motions include a motion to contest any violation of the defendant’s 5th Amendment right to remain silent (so-called “Miranda violations); a motion to sever certain counts in the Information from other counts for trial; a non-statutory motion to dismiss the case…and the list goes on and on.

The length of a jury trial will vary greatly based on the complexities of the case and the seriousness of the charges. . Generally, misdemeanor trials take between five and eight days. Typical felony trials will last for two, maybe three weeks. A complicated murder case can take a month, or two, or more.

In a criminal jury trial there are three important things to remember. The first is a concept that we have already covered and it is a concept that I believe with all of my being: That the jury is our friend. It is the accused’s right to have a jury between him and the government that is trying to deprive him of his liberty. The prosecution does not need a jury. A jury just gets in the way of the prosecution’s attempt to steam roll over you. A jury is a nuisance that must be tolerated to the government, the prosecution. But, to the defendant, the jury is the guarantor of the accused’s rights. The jury is not to be feared by the accused. It is to be welcomed with open arms by the defense.

The second crucial concept to remember in a criminal jury trial: You are presumed to be innocent. The entire burden of proof is on the prosecution (the government). The defense need prove nothing, because the defendant is presumed innocent. We always put on a vigorous defense, but we are not obligated to do so. The entire show is the government’s. They are the ones who have brought the charges and they are the one who has the burden of proving their case. If they fail in that, then the defendant is entitled to a not guilty verdict.

I ask them if that were to happen what would their verdict have to be. Invariably, one of the prospective jurors will speak up and say, “Well, we couldn’t decide, because we haven’t heard the evidence.”

And then you can see the smiles of understanding and agreement come over the jurors’ faces as I remind them of the presumption of evidence. If the defendant is presumed to be innocent, and if they did not hear any evidence proving otherwise, then the presumption controls and they would have to find the defendant not guilty. It is then that my prospective jurors have come to fully grasp the concept that in our system, the accused is presumed to be innocent!)

And the final concept that you always have to remember in a criminal trial is that you cannot be found guilty of squat unless the prosecution (the government) proves your guilt beyond a reason doubt. This is the highest burden of proof known to our system of jurisprudence. It is a heavy burden and it is a burden that the prosecution cannot reach easily.

Our system of laws has many burdens of proof incorporated into it. The burden of proof is the level of proof that is required for the government to meet its burden. Remember that earlier we talked about the prosecution’s burden at the preliminary hearing being mere “probable (or reasonable) cause,” which is not a very high burden at all.

And, when the government is trying to take your children away, the burden of proof is said to be “clear and compelling evidence.” That is, more than the “preponderance of evidence,” but less than “beyond a reasonable doubt.”

This is the way that the concept of the presumption of innocence and the concept of proof beyond a reasonable doubt dovetail with one another. This is the way that these two concepts that are so critical to our system of justice work
together. They work together to protect the rights of the person against whom the government brings its mighty weight when charging an individual with a crime.
A criminal trial can seem like another unfair fight. On the one side is the prosecution—the government, with all of the resources that the government has at its disposal: an unlimited number of police officers, sheriffs, FBI, guns, helicopters, crime labs, detectives, their ability to lawfully lie to suspects, their ability to secretly record people, their ability to offer deals to one person to get them to rat out another person…they can even get the Marines, I suppose, if they need them. The list just goes on and on. It doesn’t seem fair.

But it’s okay. It really is a fair fight. The accused has the Constitution and he has me.

Hopefully, this gives you a brief outline of what to expect in a criminal case. Be sure to call me if you want to discuss your particular case in detail. I’m always available for you.