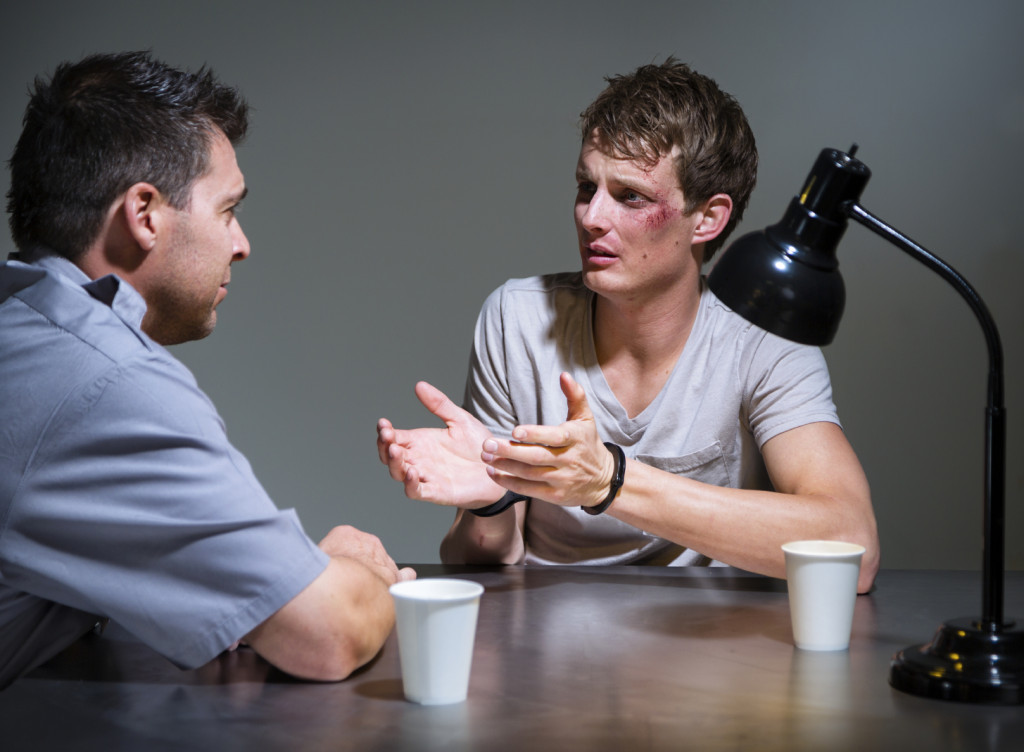 You’ve been arrested and you are nervous, depressed, and scared. What should you do? The cop is going to warn you that you have the right to remain silent and, you know what, that is really good advice. He is telling you that not because he wants to tell you that (no he really wants you to talk), he’s telling you that because the courts have told him that he has to. Actually, his advice is right on. In this case, your silence is golden: Shut Up and remain silent. Lawyers like to say STFU.

Like I said, not talking to the cop, that’s a given. But now I am talking more broadly: Don’t talk to anyone about the facts of your case. AND FOR CRYING OUT LOUD: DON’T TEXT ANYONE ABOUT ANYTHING TO DO WITH YOUR CASE. Text messages don’t go away. They are available to the police for years simply by means of a subpoena and they can be devastating to your chances of defending yourself.

Just the other day, I was kidding a DA about how difficult it must have been for her to successfully prosecute cases before the invent of text messages. Now with texting, often times her being able to prosecute a case is so easy, because the accused made it easy for her. He just texted his freedom away.

Back to the police officer: There is a reason that the courts require a cop to warn you of your right to remain silent and to further warn you that anything that you say will be used against you in court. The courts understand that the interview with the police officer is simply not a fair fight.

On the other side, there is you. Alone and scared. In unfamiliar and intimidating surroundings. You are just a regular person, up against a trained and professional interrogator. You have no idea how any statement that you make is going to be twisted and used to your detriment. You are tired, nervous, and frightened. You just want to go home. The cop knows that whatever happens, he is going to go home and have his dinner and sleep in his own bed. And often times, he will actually tell you that fact, just to further intimidate and depress you. It is all calculated to make you feel more vulnerable. It is all calculated to make you want to talk to the cop, to make you want to talk with anyone.

Let me give you a perfect example of an accused making what he thinks is a statement that shows his innocence that is later used against him.

Several years ago, I represented a young man accused of molesting his niece. He was arrested, taken to a police station interrogation room where he was alone one-on-one with the detective assigned to his case. He agreed to talk with the detective and he told him that he had himself been molested as a child, so he knew what the victim of molestation might well go through. He said that because of what happened to him, he would never, ever molest a child.

Sounds good, right? Sounds exonerating, doesn’t it? Well, it turned out to be neither good nor exonerating. We went to trial on the case and the prosecutor introduced the defendant’s statement. The prosecutor then called as an expert witness, a psychologist who testified that people who are themselves molested often turn out to be molesters.

The prosecutor attempted to completely twist and turn around my client’s statement in an effort to use the statement against him. (The jury didn’t buy what the prosecutor was selling. We got a not guilty verdict when the little girl admitted on cross-examination that she had concocted the story to get back at her uncle for some wrong that she perceived he had done to her.)

It’s so important that I want to repeat it again: You against the trained, professional interrogator is simply an unfair fight. No matter how compelling
you think that you might be, you are not going to talk your way out of it. Just shut up. Be polite, but tell the copper that it seems like what is going on is a serious matter and that you are just a regular fellow, not trained in the law. And that until you have the chance to speak with someone who is—your lawyer—and to have your lawyer with you during questioning, you are going to take the officer’s admonition seriously and you are going to remain silent. There will be plenty of time to talk later, after you have spoken with your lawyer, if that is the appropriate thing to do. In the meantime, Shut Up and Remain Silent…. (STFU).